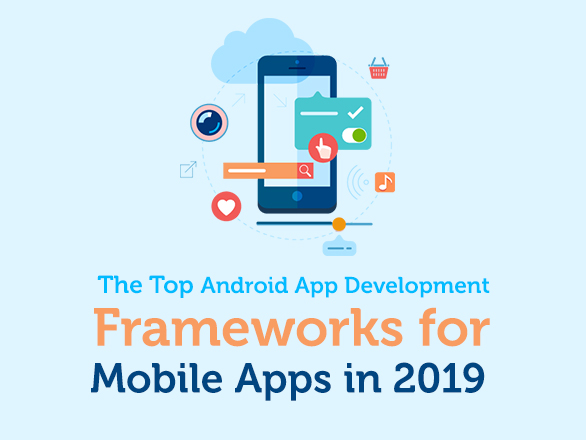 Companies who are not improving customer engagement with a mobile app, are losing out big time. There has been a rapid shift in the way businesses strategize their outreach to customers. Most have already moved to a mobile app from a website, or at least have gotten onboard both. Mobile apps usage is skyrocketing every day and shows no signs of slowing down.

The number of smartphone users globally is expected is forecast to reach around 2.5 billion in 2019. Businesses that leverage mobile apps for their business expansion will see unprecedented growth in the years to come!

Out of all mobile app platforms available with us, Android stays the most widely used, hence presenting a unique opportunity for business owners to reach a majority of their users through a single app.

As of the third quarter of 2018, there are 2.1 million apps Android users can choose from through Google Play Store. We are sure that number has increased as we write this piece.

Android mobile development is so crucial for businesses wanting to expand their reach to a wide user base.

Here’s what you enjoy with Android mobile app development:

With over 86.8% market share, Android is no doubt the leader in the mobile app development market. Leverage its benefits and expand your business’ global outreach.

Here are the top choices of Android developers and designers when it comes to Android app frameworks:

Cross-platform mobile app frameworks are extremely volatile with new and fresh ones launched regularly. Their purpose is to help you put a new idea into a working app ASAP and the working app into a polished product.

CDN Solutions Group is a reliable partner working with offshore companies to get their mobile app idea off the ground and turn it into a working, business-facing, growth-focused mobile app. We help you chalk out a roadmap for mobile app development so that the returns you get from your investment are beneficial to your business in maximum ways.

We optimize your mobile app from the usability, scalability, performance, security, and experience point of view. Our expert team of developers and UI/UX designers put the perfect elements to derive maximum customer engagement from your mobile app.

Whether it is a customer-facing mobile app or one you want to use internally, we can bring out the best for you with the right combination of technologies and the latest mobile app development frameworks for Android.

Speak with one of our expert consultants today!