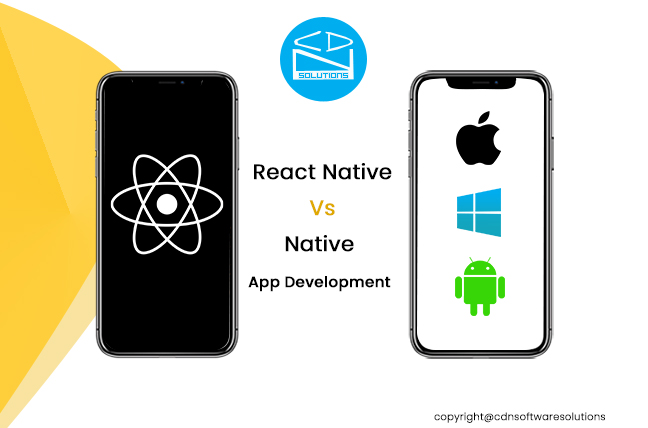 Mobile app development is all the rage with Statista predicting that mobile applications might generate around $189 billion in global revenues by 2020. As the world’s population is increasingly getting mobile, people are getting more done with a touch of the thumb. Naturally, the need for mobile app development services is increasing, and developers are looking for newer, more efficient, and faster ways of deploying and developing mobile apps.

This has led to a search for the best mobile application development platforms. Businesses today need to reach all mobile app platforms in order to cover a majority of their audience. And, to make this possible with less effort for developers is like a dream come true.

Pitching one mobile app for both iOS and Android might seem like a hassle to businesses trying to cover their market user using both platforms. But, a comparatively recent technology has eased the process for companies.

React Native is a framework created by Facebook in 2015. The framework eliminates the need to develop similarly functioning mobile apps separately for multiple platforms. React Native is based on the principles that were already in use with the release of React.js.

With React Native, all you need is a single codebase to develop seamless experiences for both leading platforms (iOS and Android) without compromising on the UI and UX front.

In 2012, Mark Zuckerberg once commented, “The biggest mistake we made as a company was betting too much on HTML5 as opposed to native”. React Native was then announced by Facebook at its React.js conference in Feb 2015 and was open-sourced in March the same year.

Popular applications such as Instagram, Facebook, Uber, Pinterest, Discord, SoundCloud, Bloomberg, Airbnb, Skype, etc., are entirely or partially written in React Native. Additionally, the most prominent businesses today realize the potential in React Native to get their mobile application up and running in no time and across a wide audience.

Let’s first understand how React Native works to build a mobile app. The React Native framework uses the React.js library to create a native app as we know them. Mark a difference between React and React Native. The latter uses native components in place of web components to create the user interface in conjunction with JSX- a syntax used to embed XML with JavaScript.

This means React Native developers can write code just as they would for web apps. React Native mobile apps can be determined by the following features:

These are the leading features of apps developed using React Native.

Choose to work with React Native when:

Whereas, you can pick Native app development when:

React Native and Native mobile app development answer different needs and should be distinctly used in scenarios. React Native is the perfect choice for businesses with a crunched budget, short timeline, and the need to roll out a mobile app with acceptable and simple UI and features to both leading OS users.

For 18+ years, we have worked with offshore companies in industries including but not limited to gaming, oil & gas, e-learning, entertainment, enterprise, and real estate.

Our expert developers and consultants analyze your mobile app requirement from a 360-degree point of view. We can help you chalk out the course for mobile app development, roll out a strategy, and implement it seamlessly.

We have been the pioneers in experimenting with the latest tech such as AR, VR, artificial intelligence, the blockchain, the Internet of Things, Beacon services and so on.

Our expert designers can bring your app experience to life with the right blend of art and technology. You only get one chance to leave a good first impression. We help you win that chance through immersive mobile experiences and apps that are functional and feature-rich.

For a native or React Native mobile app requirement, reach out to us at sales@cdnmobilesolutions.com and we will reach you shortly.