Net Neutrality is not a new term but I am sure that most of the people doesn’t know about the concept of net neutrality. What is net neutrality, why has it become the major discussion topic in India? All your doubts are going to clear after reading this blog.

Internet is all about connecting with people around the globe and freely exchange information about what you want provided the service or information is not illegal. This all get possible only because of net neutrality. If you love surfing on internet, then so you should definitely know about this. Many web users are aware of this, but if you are not, don’t worry. We have explain it here.

What is Net Neutrality?

Net neutrality is a concept based on the principle that the Internet service providers (ISP) provide equal access to all the websites or web applications without favoring or blocking particular websites or products.

Net neutrality requests the same rule of neutrality for all kinds of web traffic.Openness, fairness and the flexibility are the three standards which make Internet the most powerful medium of today’s time. Net neutrality guarantees that these standards stay in place, and everybody gets a fair chance to develop and sustain.

Net Neutrality: Its Time to Save the Internet

If there is no net neutrality, Internet Service Providers (ISPs) will have the power to charge Internet traffic according to them and they can make extra benefit from it. 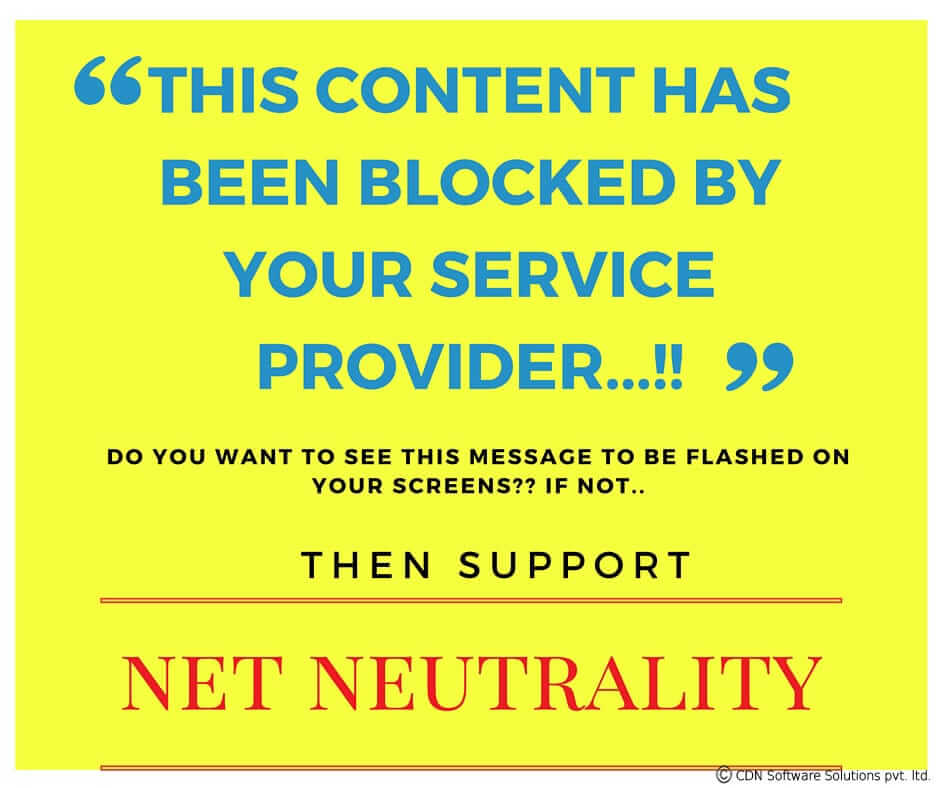 For example, some ISPs thinks that they should be allowed to charge the companies for their services like youtube, netflix etc. According to them these services consume more bandwidth compared to a normal website.

Without net neutrality, the definition of Internet will change drasticaly. Instead of free access of Internet, their will be package plans for consumers. For example, if you pay 500 rs, then you can only access websites based in India, if you want to access International websites, you should pay more for that. Or may be they fix the connection speed of Internet by location. It may also depend on, what type of content you are requesting that depends on how much you are paying for the service.

Absence of net neutrality, will likewise spell fate for innovation on the web. It is possible that ISPs will charge web organizations to empower quicker access to their sites. The individuals who don’t pay may experience their net working slowly. This implies greater organizations like Google will have the capacity to pay more to make access to Youtube or Google+ speedier for web users however a start-up that needs to make an alternate and better video facilitating website will be unable to do that.

So without net neutrality, the small business and innovation might stop and the bigger brands, who are able to pay the ‘extra tax’ become more popular. Spread the Net Neutrality and save the Internet.