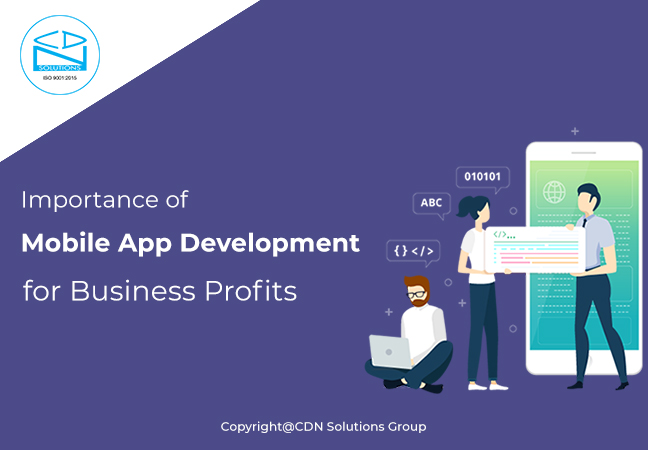 Is it still a questionable topic for you whether to have a mobile app or not? If yes, then you are at the right place because here we would discuss the importance of mobile app development to make money. If it’s not (profitable) then the number of apps on the App store must have not reached 130 billion. This is just one example, there are even more app stores containing more than 2 billion apps.

Let’s discuss some important points that make mobile app development a must for your business Profits:

Today more and more internet users are using mobiles over the traditional desktop devices. This is one of the biggest reasons why your business must have a business app. So, if you’ll have an app, you would have more chances of increased traffic over mobile devices, thereby generating more revenue than ever before.

It’s true that you would require hire mobile app developer to build an app for your business. But, you need not worry about its costs. This is because a number of new technologies have been evolved that have reduced the cost of app development and even the time involved in building it. Thereby saving you both time and money. And on the other hand, increasing your followers over mobile devices.

It’s true that most of the apps are free to download but still, it’s profitable. But how? This is because free apps gain popularity easily and once people get used to it, they prefer in-app purchases to get the benefit of its enhanced features or unlock more levels. There are even such users who get irritated with the view-obstructing ads and are more than willing to pay to eliminate ads.

The most common way of making a profit from an app it to charge for each download. But, this would prove fruitful to you if your app really provides users something in return or it’s really very popular. There are people who believe in buying apps instead of using the free versions that are not helpful enough. So, if you have a strong audience base, there are chances of more paid downloads.

We are living in the world of technology where everyone is using internet at their place of comfort over mobile devices. FYI, today there are apps of almost everything. Not only this, but the number of mobile users is also increasing day by day which would ultimately raise the demand for new and innovative apps. Hence, it makes it a have to have an app for every business to reach and attract a broader range of audiences.

Recently one of the app we developed for our amazing client “Desertfire Online” won the Platinum LearnX Award 2019. If you are also looking for a mobile app development company who could help you win such an award along with business profits, contact CDN  Solutions Group now! You may also meet us in New York, Los Angeles, Atlanta, and Houston as we are on a Business Trip to USA from 1st July to 9th Aug 2019. Hurry, fix a meeting now!