Crowdsourcing is a process of getting work together online. The word is a combination of two words i. e. Crowd + sourcing. It is like to take work and outsource it to a crowd of workers. Best Example: Wikipedia. Rather than Wikipedia making an encyclopedia all alone, contracting writers and editors, they have a group the capacity to create the data all alone. The outcome? The most far reaching encyclopedia this world has ever seen.

Crowsourcing is a brave idea and many big firms already adopted this. The companies who adopted crowdsourcing are Coca-cola, Nokia, Unilever etc. Crowdsourcing is basically a large group of people who works online. 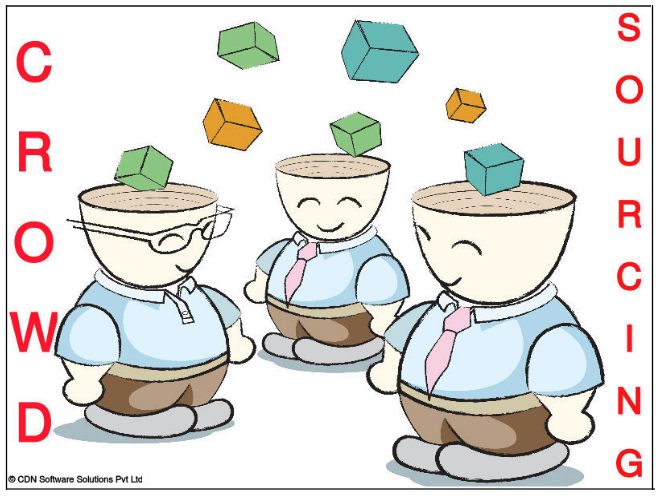 Big enterprises see the advantages of crowdsourcing too. It transparently looks for thoughts that will assist with companying in numerous ranges of its business – from to bundling to new product thoughts and recommendations to improve technology or digital presence.

Crowdsourcing contains many features with it, take a look here

It is a method which involves asking a large group of people (crowd) to donate money to your project. This method have 3 modules

Crowdfunding is mostly used by charities, artists, and start ups like filming a documentary, or seed money.

Microtasks is a process of breaking a big task into small tasks and sending the task to a crowd of people. For example, you have 1000 photos on website that need captions, you can ask 1000 individual people to each add caption to one photo. With this method, you can see the results in minutes.

Microtasking can involve tasks like proofreading, database correction, scanning images, and other task which can easily distribute.

Open innovation is like if you have any idea and you are unsure of where to begin that, whether it is a product design, developing or marketing. Crowdsoursing will help you through its unique feature i. e. open innovation. It allows all the people from all aspects of business such as designers, inventors, investers and marketers to collaborate into a profit making reality.