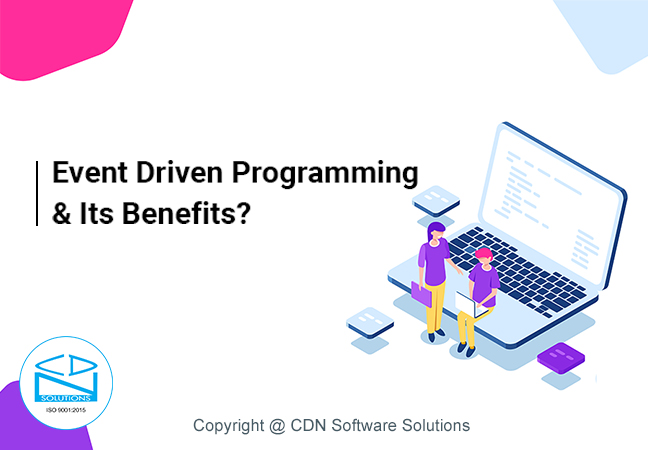 Do you know what event-driven programming is? And, are you aware of its popularity? No…? Don’t worry! It’s not too late yet.

Here you’ll get to know what Event-Driven Programming actually means:

As the name suggests, with event driven programming, application software is designed to react. But, it must not be considered as a programming language or a technology because it’s an approach that’s implemented during product development. Event-driven programs are often used to automate systems and deliver services in machine-to-machine (M2M) environments.

In terms of programming, events are actions that a user performs such as a mouse click or keystroke. It can also be system generated like program loading. As soon as a user performs an action, event-driven application detects it and deals with it using event-handling procedure.

Event-Driven Programs can be written in any language and is supported by almost all object-oriented and visual languages. Event-driven programming is applied specifically in applications that perform actions in response to users’ actions. It can also be used in devices such as ovens, cookers and more.

For example, display apps such as those for weather updates or sports scores may feature less of the event-driven programming that is inherent in other kinds of programs. However, nearly all software relies on user events for functionality, and it would be easy to argue that event-driven programming is the default for nearly all kinds of projects.

Let’s also have a look at a couple of benefits it offers:

The digital world is expanding and the future of digital business will be composed of event-driven applications. It’s your turn to include it in your businesses to detect events faster. CDN Software Solutions can be your digital partner, just contact us and we’ll get back to you with the best solution.